Central American migrants participate in a meeting in the Mexican Senate after arriving to Mexico City on April 24th, 2014. Migrants have to make deadly, irregular and clandestine travels hidden in the wagons and gonads of the train through Mexico during weeks to arrive to the U.S. The train is nicknamed "La Bestia" (The Beast) due to its dangerousness.

Each Holly Week, along with Mexican human rights activists, make religious and protest activities during the "Viacrucis del migrante".

This year, they walk on foot, since the evening of Thursday April 17th, after the train where they travel, under Ferrocarriles del Istmo enterprise orders, unhooked the gonads with people and left them abandoned in Tenosique. After being left, they made the decision to continue their way on foot.

They have traveled on foot more than 100 km (328 000 ft) from Tenosique, Tabasco demanding an end to the violence against migrants and free transit through Mexico. (Photo credit: Prometeo Lucero) 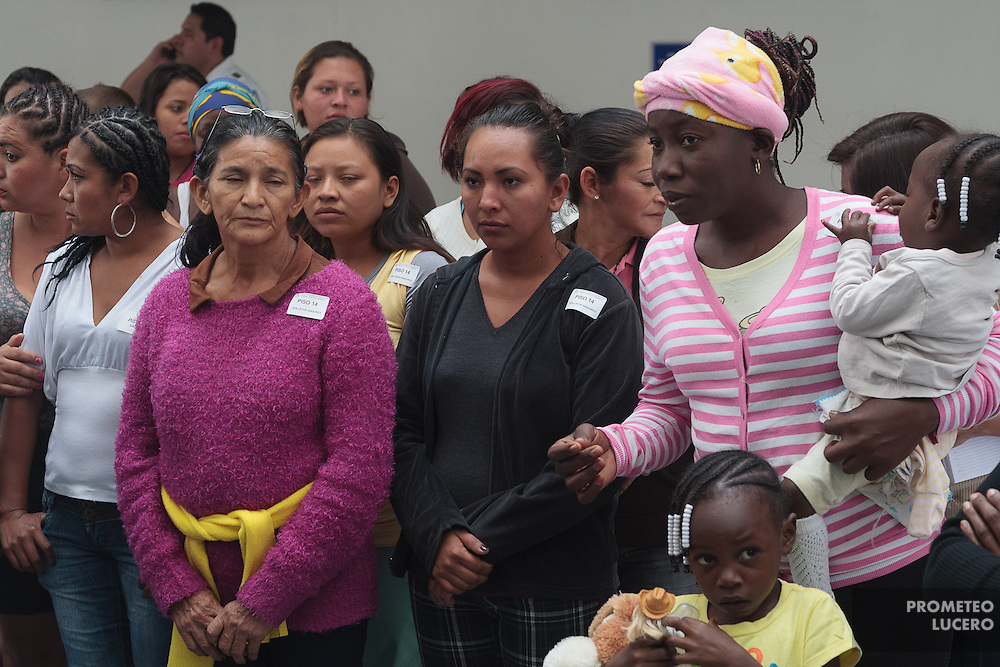