Central american migrants arrive to Los Pinos presidential headquarters in Mexico City to seek a meeting with Enrique Peña Nieto on April 23rd, 2014, a week after they failed to address a train in their way to the United States. The migrants, with human rights defenders, demand free transit through Mexico and Migratory authorities to stop violence in their way.

Central American migrants have to make deadly and clandestine travels hidden in the wagons and gonads of the train during weeks to arrive to the United States. rough Mexico. (Photo: Prometeo Lucero) 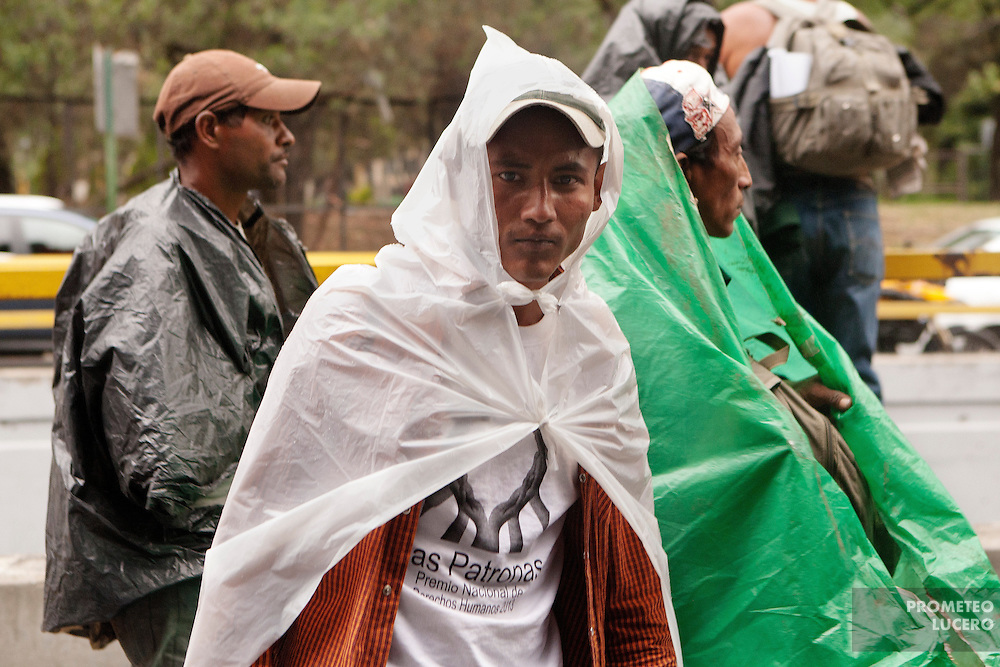