Hooded activists throw stones and TV sets against riot cops. Activists from movement Yosoy132, among ex-prisoners from December 1st, 2012 riots, protested outside Televisa building in Mexico City on May first, 2013, called by social media invitations. The protest reclaimed Televisa its responsibility on disinformation on its contents. The detonating of the protest is a joke made by a TV worker who mocked against activists who occupied UNAM Rectory, in front of TV cameras on April 26th, 2013. (Photo: Prometeo Lucero) 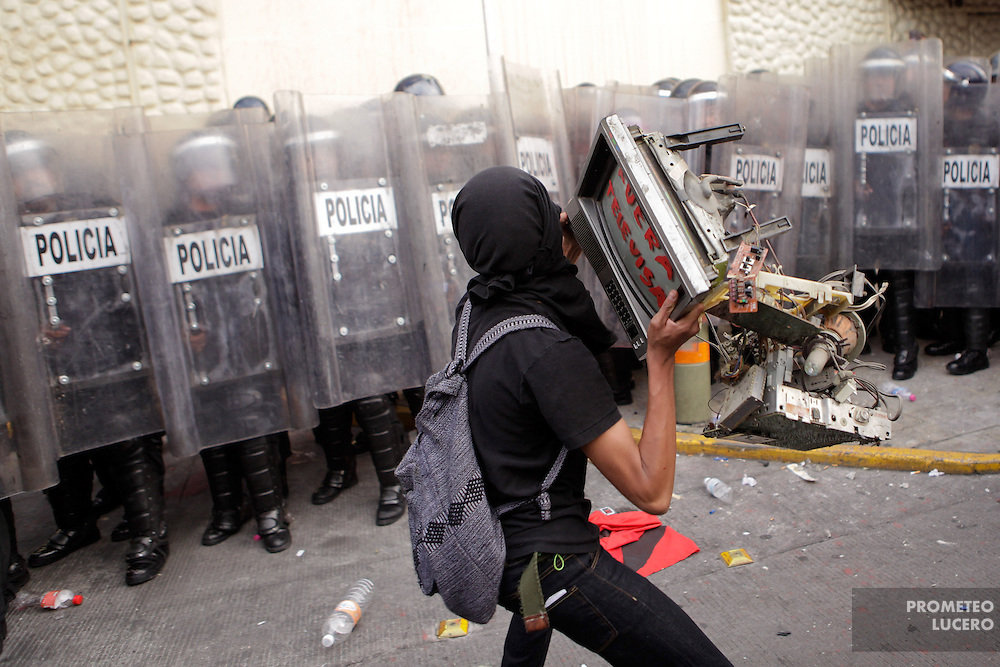